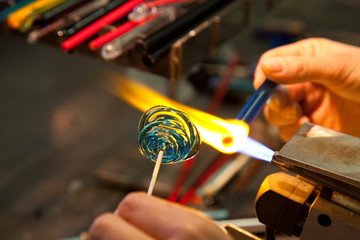 Murano Glass Bijoux is a ComfortClub product, a laboratory of ideas where these are developed and realised.

The entire staff is projected into the future.

Young and promising designers study and follow the fashion of today to develop and create tomorrow’s.

All our products are made and assembled by hand, we want to give the customer a unique and exclusive product where materials are environmentally friendly: fully recyclable and reusable.

All products NOT contain Nickel and Cadmium. 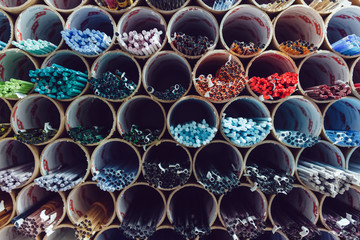 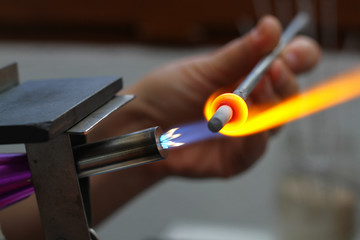 The laboratory is located at Lido of Venice and manufactures its jewelry using glass made exclusively on the Murano island.

The beads are also made by hand come from the skilled hands of different glass masters that working: ” Lume glass” are able to create products always unique, modern using ancient techniques.
More info about the Comfort Club’s services?

Chalcedony is the dominant element in the works of Alessandro Cavagnin, comfort and differentiation from others, his ability to transform glass into true pieces of jewellery. In his recent 2020 collection, his ability to combine multiple materials and make them homogeneous and moulded together emerge and come to light.

Alessandro Cavagnin drew inspiration from many sources. His first teacher, for example, was his grandfather Giorgio, who among his various talents was also a painter, and his brother Enrico is also an artist. In fact, Alessandro and his grandfather often went into the attic together, as if it were an atelier, in which they made the first models of bracelets and necklaces for his grandmother.

A great influence was then exercised by Cavagnin’s city of origin, namely Venice and the island of Murano in particular. The island inspired his love for Glass, especially, and his fascination for the extraordinary artistic potential inherent in this extraordinary material.

Venice, a water-bound city, inspired him and greatly influenced his artistic production: it was Alessandro’s real school of art, in every sense. And not only for the water-bound landscape: even the extraordinary glass vases and sculptures, the glasses of many masters of the present and of the past, enclosed as treasures in Venetian homes, churches and museums, have little by little educated his taste for beauty, nourishing his aspiration to the artistic absolute.

All of this made his jewellery very colourful, endowing the pieces with eloquent intensity. The dominant trait naturally remains the colour, modulated with the sensitivity of those who have lived in a city of water, where the eye perceives continuous iridescent reflections of light and colours. The secret of the charm of this artist’s works is contained in this liquidity of colours that blend and mix, even unpredictably, but always with great harmony.

Alessandro Cavagnin was born in Lido di Venezia on 25 August 1969, to a Venetian father and a Norwegian mother. He belongs to a family of artists: as already mentioned, his grandfather Giorgio was himself a painter, and he passed on to his grandson from an early age, together with the first technical rudiments, the passion for colours and their combinations. He also remains deeply attached to his brother Enrico and Aunt Marit who, in Norway, was a popular ceramist and painter.